What is a LINK Internship: A 3 week internship that all AHS Juniors are required to do, with a mentor of their choosing. They pick a business that they can and are accepted to do an internship, for 3 weeks where they work with their mentor and work with them as if it was an actual job.
Anticipation: When I was preparing for my LINK I was a little nervous at first, only because I wasn't 100% sure as to what fire department I was going to have my internship at. But I talked to Janae and we worked through it together and it was really easy. I was also really excited to have found an internship with a business that I was actually going to have as a career in the first place.
Preparation: I had a meeting with Janae during the first semester, to discuss what would be a good fit for me. After we realized that a fire department would be a good fit, I started to talk to her about opportunities I contacted a fire department in Pagosa Springs, they were doing internships but they were doing it for local high schoolers, so Pagosa Springs was out of the picture. I then called the fire department in Bayfield, but they were also just doing internships for local high schoolers. After being told No twice, I finally called Durango Fire & Rescue and I was able to get an internship with DFRA. All before winter break. During the second semester I had a couple meetings with my mentor at DFRA and we discussed my schedule and what I would be doing. Come May I went to Station 1 and 2 back and forth every weekday from 7-3.
Challenges: A few of the challenges that I faced were learning to be positive and happy in the mornings. No matter how tired I was, I needed to realize that they had it worse, I had a nice warm bed that I could sleep in and I wasn’t constantly on edge knowing that tones could wake me from my slumber at any minute. They would sometimes have calls that go through the entire night, and yet they are still awake, and happy and ready to tackle the day the next morning.
Another challenge that I encountered was not having the emotional space for it. There were a few calls that I had to step out of the medic unit for because I needed a breather. It was something I had never seen, and it was a call that made me realize that this stuff actually happens in the world, and that was a little rough. For this job you have to have a place in your mind where you can put all the feelings into storage until you are done with your job.
What am I bringing to the department: I feel like I was bringing fresh eyes, a different perspective. A different attitude. everybody rubs off on each other at the department so sometimes if someone is having a bad day everybody else might have a bit of a rough day as well. I feel like I brought a sense of curiosity and adventure to the department, and it made it easier for us all to laugh and have fun.
My Mark: When I am in an adult setting I always do my best to have a good first impression as well as leave an impressive impression. I try to be mature and responsible and act like an adult, and I feel like the impression I left with them was mature, someone who took initiative, and someone who was curious and ready for adventure. That is what I hope I left as my mark with the Durango Fire & Rescue department.


Reflection: I am a volunteer Junior Fire Fighter with the Fort Lewis Mesa Fire & Rescue department so when I went into my internship with DFRA I kind of already had an idea of my limitations. I also already had a basic understanding of what everything was and it’s purpose.
A few skills that I learned during LINK were patience, positivity, focus, emotional space. You have to have patience with the patient because sometimes they can be a little frustrating. You have to be able to focus, because sometimes on the bigger calls you can’t afford to get distracted from the task that you were given to do. You have to be positive because the job as a a first responder is, showing up on someone else’s worse day so you have to be calm, cool, and collected and no matter how tired or hungry you might be you gotta stay positive. You also have to have an emotional space built in somewhere, because sometimes you can get a call that will hit home for you, whether it reminds you of something that happened, or it’s a family member or maybe even a little kid. You have to have that emotional space so you can put those feeling away until you can finish your job and save their life.
I definitely grew through the skill of emotional space and positivity. I am not a morning person so it was hard for me to be awake and happy in the mornings, but I soon realized that they have it so much worse than I do, and I eventually got better about being happier and a better person overall realizing that I don’t have it near as bad as they do. The emotional space skill helped me start creating my emotional space, over my LINK I had to respond to a couple of calls where I had to step out of the medic, because they were rough. They touched Home for me, and it was hard to deal with. But I was able to push past it and then talk about those feeling later on.
I feel like it was important that high school interns are there, because it gives them a chance to see what really goes on in their home town. It also gives the department a chance to show off what they do for a living and plus firefighters love to teach and share their knowledge. They love questions, so the more questions you ask the more they get to practice. It’s like a training for them to teach other people, and when the shifts aren’t going on calls they are practicing or training for something. So I feel like it is important that there are interns because it gives us high schoolers a chance to connect with our community in a way that we couldn’t do on our own.
Since I started volunteering with FLM I realized that I wanted to be with a fire department, it was where I belonged and I was in love with it, but I hadn’t decided whether I wanted to focus on fire fighting or emt. Well that’s exactly what my LINK did. It helped me decide to go into the EMT side of the department, and I already have spots in EMT classes, thanks to my dorky awesome Fire Chief. 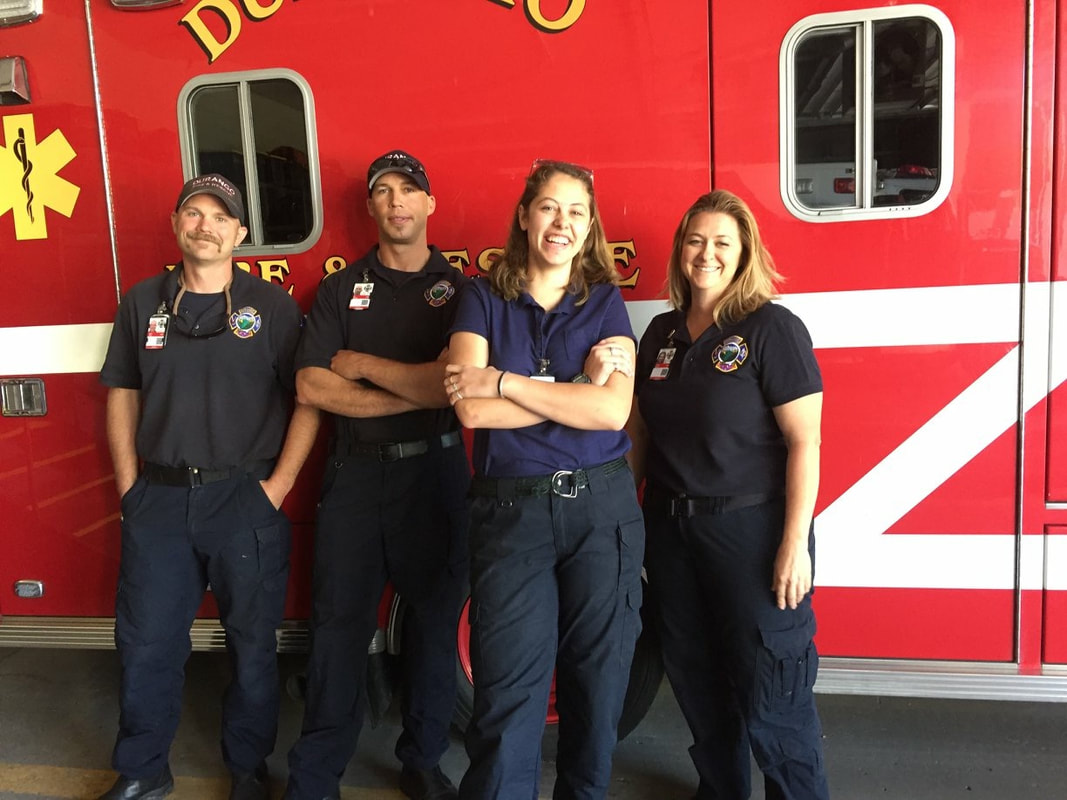